The Prague Quadrennial is the preeminent scenographic exhibition in the world, and one of the theatre community’s most important events. As the PQ is staged every four years and draws participation from all areas of the world, it has been considered the Olympics for theatre designers. It was created in 1967 as an attempt to bridge the divide created by the Cold War and to bring theatre artists from around the world together in a spirit of cooperation and exchange.

The 2003 exhibit “Bridging the New Millennium” was focused on these key issues: innovative and stimulating designs that addressed the current trends in stage design in America and strong collaborative efforts between the director and the designers for sets, lighting, costumes and sound.

Sixty-five exhibits were presented in the exhibit through renderings, models, costumes, masks and virtual displays.

Star’s costume design of “ Hamlet”, produced for the Idaho Shakespeare Festival, was a part of this exhibit in Prague.The exhibition then traveled to the United States and was exhibited as part of the United States Institute of Theater Technology, USITT conference in 2004. 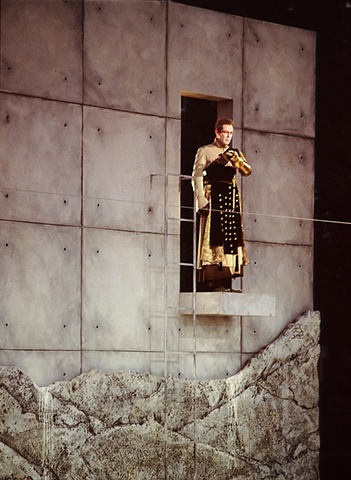